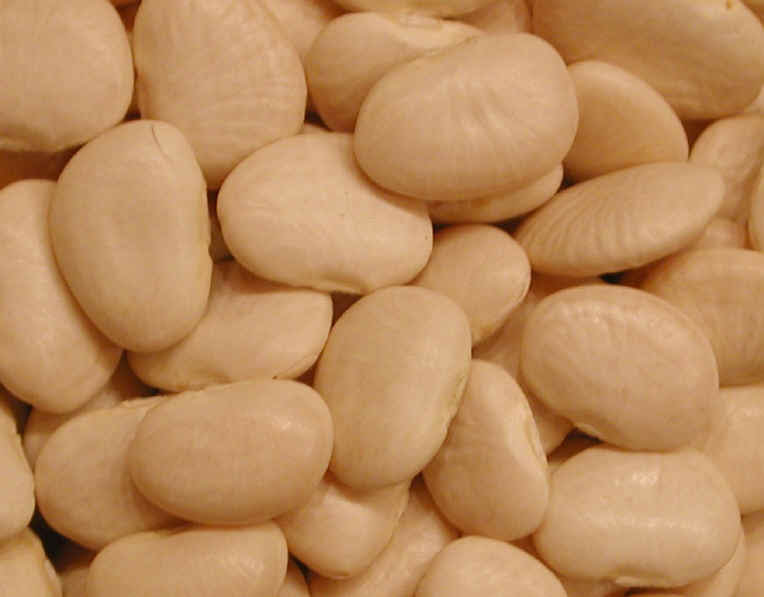 Lima bean has a very good source of cholesterol-lowering fiber, as are most other legumes native to South America and is belong to the genus Phaseolus and the family Fabaceae. It is wigely grown for its seed, which is eaten as a vegetable.

Health benefits
A. Health benefits according to studies
1. Antimicrobial effect
In the investigation of lunatusin, with a molecular mass around 7kDa, isolated from the seeds of Chinese lima bean (Phaseolus lunatus L.) and its antimicrobial effect found that MCF-7. Lunatusin reduced the activity of HIV-1 reverse transcriptase and it also inhibited translation in a cell-free rabbit reticulocyte lysate system. Its anti-fungal activity was retained after incubation with trypsin. Lunatusin elicited a mitogenic response from mouse splenocytes, according to "Lunatusin, a trypsin-stable antimicrobial peptide from lima beans (Phaseolus lunatus L.)" by Wong JH, Ng TB.(a)

2. Health benefits
In the examination of Six to ten local legumes were studied as follows: cowpeas, mung beans, pole sitao, chickpeas, green peas, groundnuts, pigeon peas, kidney beans, lima beans and soyabeans and their potential health benefits found that mineral availability from legumes differs and may be attributed to their mineral content, mineral-mineral interaction and from their phytic and tannic acid content; legumes are considered low-GI foods and have shown potential hypocholesterolaemic effects. The above studies can be a scientific basis for considering legumes as functional foods, according to "The potential health benefits of legumes as a good source of dietary fibre" by Trinidad TP, Mallillin AC, Loyola AS, Sagum RS, Encabo RR.(b)

Tryptophan is one of the 10 essential amino acids which the body uses to synthesize the proteins for brain cells need, thus enhancing the nerve cells in information transmitting between themselves and cells in the parts of the body that reduces the risk of anxiety and depression, according to the study of "The effects of tryptophan depletion on neural responses to emotional words in remitted depression" by Roiser JP, Levy J, Fromm SJ, Nugent AC, Talagala SL, Hasler G, Henn FA, Sahakian BJ, Drevets WC.(1)

3. Dietary Fibers
Daily intake of right amount of fibers can prevent and treat Diabetes. As Increased consumption of vegetables, whole grains, and soluble and insoluble fiber is associated with improved glucose metabolism in both diabetic and nondiabetic individuals. Improvements in insulin sensitivity and glucose homeostasis were more evident in participants following a plant-based diet compared with other commonly used diets, according to the study of "Efficacy of high-fiber diets in the management of type 2 diabetes mellitus" by Wolfram T, Ismail-Beigi F.(2)

4. Manganese
Manganese not only ensures the healthy bone structure, bone metabolism (according to the study of "Bone formation within alumina tubes: effect of calcium, manganese, and chromium dopants" by Pabbruwe MB, Standard OC, Sorrell CC, Howlett CR., posted in PubMed, (http://www.ncbi.nlm.nih.gov/pubmed/15109850)), it also is an very powerful antioxidant that helps to enhance the immune system in fight against the forming of free radical, thus reducing the risk of inflammation and infection and sperm cause of infertility, In a study of "Manganese provides antioxidant protection for sperm cryopreservation that may offer new consideration for clinical fertility" by Cheema RS, Bansal AK, Bilaspuri GS., posted in PubMed (http://www.ncbi.nlm.nih.gov/pubmed/20592770), researchers found that The addition of manganese to EYC-G dilutor will improve the quality/fertility of semen, which will result in improvement of in vitro fertilization and artificial insemination success rate.

C. Other health benefits
1. Vitamin B1
Vitamin B1 or thiamine beside promotesthe function of other B vitamins, it also helps in the production of the neurotransmitter, acetylcholine which is important for relay messages of nerves and muscles.

2. Tryptophan
Beside having the effect of above, it also help in enhancing mood, and regulating appetite and melatonin production and reducing the craving for carbohydrate, leading to weight loss for some people, according to the article of "L-TryptophanNeurological Support" by Douglas Laboratory,the author wrote that Serotonin, an important brain neurotransmitter,is key in the regulation of appetite, mood, andmelatonin production. Serotonin is unable to cross the blood-brainbarrier and is therefore synthesized in the brain.Tryptophan, an essential amino acid, is aprecursor for the synthesis of serotonin.Tryptophan crosses the blood-brain barrier andis converted to L-5-Hydroxytryptophan (5-HTP),which in turn is converted into serotonin.

3. Phosphorus
Phosphorous not only is one of the important trace minerals in bone formation, according to the study of "What is next for the Dietary Reference Intakes for bone metabolism related nutrients beyond calcium: phosphorus, magnesium, vitamin D, and fluoride?" by Bergman C, Gray-Scott D, Chen JJ, Meacham S., posted in PubMed (http://www.ncbi.nlm.nih.gov/pubmed/18989832), it also plays a vital role in maintaining the proper brain functions, thus enhancing the brain cells in information transmitting that reduce the risk of nervous tension, acording to the article of "Health Benefits of Phosphorus". posted in Organic Facts

4. Potassium
Potassium beside is important in helping the sympathic system in regulating the fuild in the body, it also is important in transmitting the electrical conductivity of brain properly in regulating neuronal excitability and behavior.s,, according to the study of "In vivo role of a potassium channel-binding protein in regulating neuronal excitability and behavior" by Shahidullah M, Reddy S, Fei H, Levitan IB., posted in PubMed (http://www.ncbi.nlm.nih.gov/pubmed/19846720).

Side effect1. Since it contains a measurable amount of purines which can break down to uric acid that cause problem for people with with kidney and gallbladder diseases.
2. Etc.