Letter to Imperialism with different ideologies by 林軍碩


According to the resource, the below lost poem was written by 林軍碩, on Feb. 1975. With bloods and tears, he expressed his disgusting of imperialism who tried to defend their ideologies and benefits of governors classes by induced war in his country. Mr. 林, the former editor of department of Chinese literature studies news at university of Minh Duc, faculty of Humanity and Social sciences, at ages of 18, was one of the well known poem writer between 1974 - 1975 in Saigon, south Vietnam, before communist taking power. He also involved in many charitable events in assisting the refugees to rebuild their homelands in the War zone(1974-1975). Loved by his Chao Zhou community lead by Mr. 陳城, Mr. 林, was considered by his community as one of the best next generation leaders at that tine. 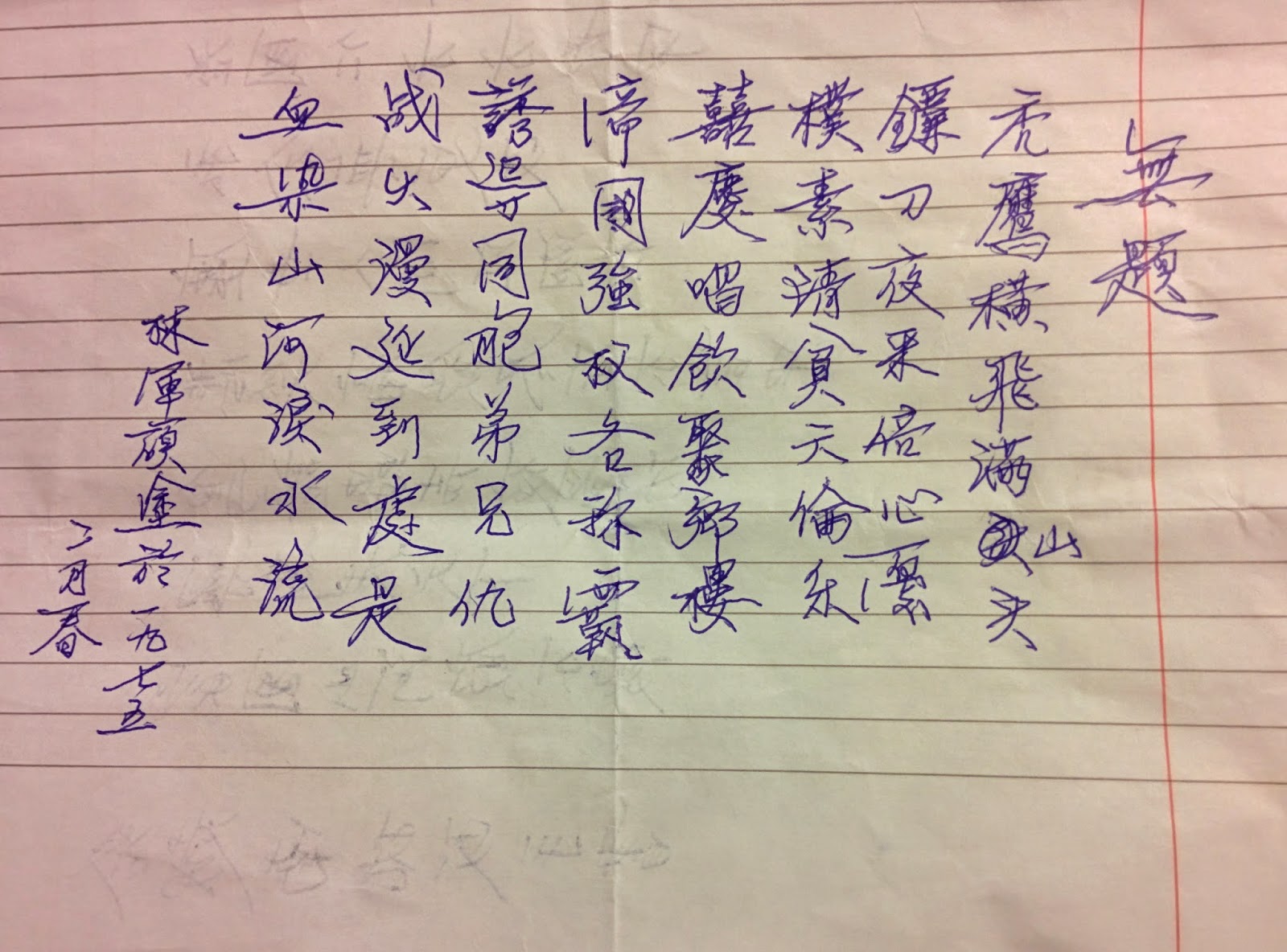