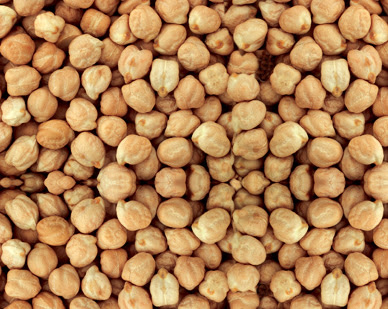 Garbanzo beans also known as chickpea is an edible legume of genus Cicer and the family Fabaceae, high in protein and minerals. It is one of the earliest cultivated vegetables, native to Middle East.

Health benefits
A. Health benefits according to studies
1. Antioxidants
In the observation of chemical compound Phenol of chickpeas (Cicer arietinum L.) and its antioxidant capacity found that the levels of antioxidant capacity were in accordance with the behavior of phenolic compounds exhibiting noticeable reductions in Castellano chickpea and not relevant changes in Sinaloa chickpea. Thus, the significant occurrence of bioactive phenolic compounds along with the relevant antioxidant capacities of dehydrated chickpea flours make them to be considered functional ingredients for their beneficial health effects, especially in case of Sinaloa, according to "Phenolic profile and antioxidant capacity of chickpeas (Cicer arietinum L.) as affected by a dehydration process" by Aguilera Y, Dueñas M, Estrella I, Hernández T, Benitez V, Esteban RM, Martín-Cabrejas MA.(a)

3. Antifungal activity
In the investigation of Melia azedarach L. leaves and it effects against Ascochyta rabiei (Pass.) found that the tested compounds exhibited variable antifungal activity against the target fungal pathogens. All compounds showed their highest antifungal activity after 24 h of incubation. Compound 2 was found to be the most effective, with an MIC of 0.0156 mg mL(-1), followed by compounds 3, 4 and 5, with MIC values of 0.0312, 0.25 and 0.125 mg mL(-1), respectively, accoridng to "Antifungal compounds from Melia azedarach leaves for management of Ascochyta rabiei, the cause of chickpea blight" by Jabeen K, Javaid A, Ahmad E, Athar M.(c)

4. Bowel health
In the examination of both changes in food consumption, satiation and perceived bowel health while consuming a diet rich in chickpeas, found that perceived satiation increased while participants consumed chickpeas and perceived bowel function improved. Health benefits, increases in dietary variety and satiation with legume consumption were the main perceived benefits, while inconvenience and gastrointestinal upset discouraged legume consumption, according to "Chickpea supplementation in an Australian diet affects food choice, satiety and bowel health" by Murty CM, Pittaway JK, Ball MJ.(d)

2. Manganese
It is one of important trace in preventing osteoporosis, according to the study of "[Study of estrogen deficiency impact on manganese levels in teeth and mandible of rats after ovariectomy]. [Article in Polish]" by Rahnama M, Błoniarz J, Zareba S, Swiatkowski W.(1)and regulating blood sugar level, according to the study of "[An inadequate intake of manganese may favour insulin resistance in girls]. [Article in Spanish]" by Rodríguez-Rodríguez E, Bermejo LM, López-Sobaler AM, Ortega RM.(3)

Daily intake of right amount of fibers can prvent and treata. Diabetes, as Increased consumption of vegetables, whole grains, and soluble and insoluble fiber is associated with improved glucose metabolism in both diabetic and nondiabetic individuals. Improvements in insulin sensitivity and glucose homeostasis were more evident in participants following a plant-based diet compared with other commonly used diets, according to the study of "Efficacy of high-fiber diets in the management of type 2 diabetes mellitus" by Wolfram T, Ismail-Beigi F.(4)

4. Folate
In the investigation of the prevalence and multifactorial etiology of anemia among Indian human immunodeficiency virus (HIV)-infected children and its effect on anemia, found that Anemia, particularly iron deficiency anemia and anemia of inflammation, is highly prevalent among children with HIV infection. Micronutrient supplements (iron and, folate) combined with ART(antiretroviral therapy) improved anemia in HIV-infected children, according to "The prevalence and etiology of anemia among HIV-infected children in India" by Shet A, Arumugam K, Rajagopalan N, Dinakar C, Krishnamurthy S, Mehta S, Shet AS.(5)


C. Other health benefits
1. Cardiovascular disease
Since garbanzo bean contains measure amount of soluble and insoluble dietary fibers, it helps to improve the digestive track in expelling bad cholesterol through waste removal by binding with them, thus reducing the risk of of heart diseases. In a study of "Effects of soluble dietary fiber on low-density lipoprotein cholesterol and coronary heart disease risk" by Bazzano LA., posted in PubMed (http://www.ncbi.nlm.nih.gov/pubmed/18937894), researchers indicated that Strong epidemiologic and experimental data suggest that increasing dietary fiber may help to lower low-density lipoprotein cholesterol (LDL-C) and decrease the risk of coronary heart disease. Recent studies have highlighted the role of dietary fiber, particularly water-soluble varieties, in decreasing the risk of cardiovascular disease.

2. Constipation
While soluble fiber can dissolve easily in water and takes on a soft, gel-like texture in the intestines, insoluble fiber passes through the intestines almost undigested. Together, they prevent the forming of hard, dry stools that are difficult to pass., according to the study of "A controlled, randomized, double-blind trial to evaluate the effect of a supplement of cocoa husk that is rich in dietary fiber on colonic transit in constipated pediatric patients" by Castillejo G, Bulló M, Anguera A, Escribano J, Salas-Salvadó J.

3. Blood sugar
High amount of fiber not only makes the stomach feeling fullness, but also releases the glucose slowly into the bloodstream, thus reducing the risk of insulin sensitive and benefiting people who suffer from insulin-resistance diabetes or hypoglycemia., according to the study of "Effect of dietary fiber on complications of gastric surgery: prevention of postprandial hypoglycemia by pectin" by Jenkins DJ, Gassull MA, Leeds AR, Metz G, Dilawari JB, Slavin B, Blendis LM., posted in PubMed (http://www.ncbi.nlm.nih.gov/pubmed/873118)


5. Iron
Garbanzos are very important for menstruating women, as they help them replenishing any kind of iron deficiency in the body. Iron is especially beneficial for women who are either pregnant or lactating, according to the study of "[Iron deficiency and overload. Implications in oxidative stress and cardiovascular health].[Article in Spanish]" by Toxqui L, De Piero A, Courtois V, Bastida S, Sánchez-Muniz FJ, Vaquero MP., posted in PubMed, (http://www.ncbi.nlm.nih.gov/pubmed/20593115) it also helps in production of red blood cells and formation of hemoglobin which enhances the absorption oxygen from the lung to nourish the cells in the body.

6. Manganese
Manganese beside is a mineral essential for energy production and metabolism of foods, it also helps to improve immune-system functioning that reduces the risk of inflammation, according to the study of "The effects of 3, 4 or 5 amino salicylic acids on manganese-induced neuronal death: ER stress and mitochondrial complexes" by Yoon H, Lee GH, Kim DS, Kim KW, Kim HR, Chae HJ., posted in PubMed (http://www.ncbi.nlm.nih.gov/pubmed/21477646 researchers indicated that the salicylate analogues and the antioxidants did not mediate ER stress in this model. The salicylate analogues reduced reactive oxygen species (ROS) and reversed the deficient mitochondrial membrane potential that was induced by Mn. Taken together, the 3, 4, 5 ASA worked in a similar way, regulating the Mn-induced mitochondrial dysfunction and protecting cells.

Side effect
1. Purines
Garbanzo bean contains measure amount of purines, excessive intake of purines can cause gout and formation of kidney stones.
2. Sulphites
Sulphites in garbanzo bean can cause symptoms of rapid heartbeat, headache and disorientation for certain people.
3. Etc.
Chinese Secrets To Fatty Liver And Obesity Reversal
Use The Revolutionary Findings To Achieve
Optimal Health And Loose Weight