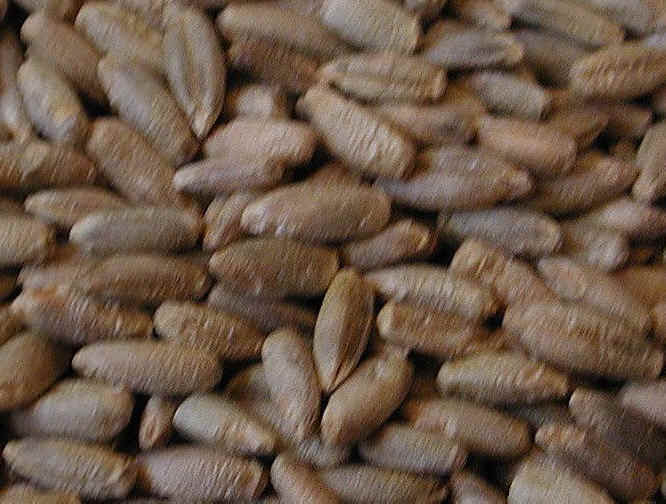 Rye
Rye is a member of wheat tribe, a grass grown as a forage crop and genus Cereale belong to family Poaceae. Rye grain has been cultivated for foods to be eaten whole, boiled rye berries, rolled, etc. and used used for flour, rye bread, rye beer, etc.

3. Diabetes
In the demonstration of Rye products and its lower the acute insulin demand effect found that Rye products, rich in indigestible carbohydrates, induce colonic fermentation already post the breakfast meal, and lowers acute insulin responses, according to the study of "Effects of cereal breakfasts on postprandial glucose, appetite regulation and voluntary energy intake at a subsequent standardized lunch; focusing on rye products" by Rosén LA, Ostman EM, Björck IM.(c)

B. Health benefuits according to the concentration
1. Manganese
It is one of important trace in preventing osteoporosis, according to the study of "[Study of estrogen deficiency impact on manganese levels in teeth and mandible of rats after ovariectomy]. [Article in Polish]" by Rahnama M, Błoniarz J, Zareba S, Swiatkowski W.(1)and regulating blood sugar level, according to the study of "[An inadequate intake of manganese may favour insulin resistance in girls]. [Article in Spanish]" by Rodríguez-Rodríguez E, Bermejo LM, López-Sobaler AM, Ortega RM.(2)

2. Dietary Fibers
Daily intake of right amount of fibers can prvent and treata. Diabetes, as Increased consumption of vegetables, whole grains, and soluble and insoluble fiber is associated with improved glucose metabolism in both diabetic and nondiabetic individuals. Improvements in insulin sensitivity and glucose homeostasis were more evident in participants following a plant-based diet compared with other commonly used diets, according to the study of "Efficacy of high-fiber diets in the management of type 2 diabetes mellitus" by Wolfram T, Ismail-Beigi F.(3)

4. Tryptophan
Tryptophan is one of the 10 essential amino acids which the body uses to synthesize the proteins for brain cells need, thus enhancing the nerve cells in information transmitting between themselves and cells in the parts of the body that reduces the risk of anxiety and depression, according to the study of "The effects of tryptophan depletion on neural responses to emotional words in remitted depression" by Roiser JP, Levy J, Fromm SJ, Nugent AC, Talagala SL, Hasler G, Henn FA, Sahakian BJ, Drevets WC.(5)

C. Other Health Benefits
1. Weight loss
Rye grain can help to lose weight because it contains high amount of fibers that have an unusually high water binding capacity which causes it to expand in the intestines, thus reducing the risk of food craving causes of weight gain. According to the study of Free-living, overweight and obese adults (N=204, body mass index 25 to 45) with baseline LDL cholesterol levels 130 to 200 mg/dL (3.4 to 5.2 mmol/L) were randomized; 144 were included in the main analysis of participants who completed the trial without significant protocol violations, conduceted by Provident Clinical Research, Glen Ellyn, posted in PubMed (http://www.ncbi.nlm.nih.gov/pubmed/20102847), researchers filed the conclusion that Consumption of a whole-grain RTE oat cereal as part of a dietary program for weight loss had favorable effects on fasting lipid levels and waist circumference.

3. Heart diseases
Beside as an important mineral in protecting the bone density by aiding the absorption of calcium, magnesium improves the normal heart rhythm and prevents the heart from abnormal clotting, according to the study of "Magnesium and cardiovascular system" by Shechter M., posted in PubMed (http://www.ncbi.nlm.nih.gov/pubmed/20353903), researcher found that These studies are cost effective, easy to handle and are relatively free of adverse effects, which gives magnesium a role in treating CAD patients, especially high-risk groups such as CAD patients with heart failure.

4. Phytonutrients
Since it contains lignan, it reduces the risk of cancer caused by high levels of bad estrogen from the women body, such as breast cancer., According to the study of "Dietary lignan intakes in relation to survival among women with breast cancer: the Western New York Exposures and Breast Cancer (WEB) Study"McCann SE, Thompson LU, Nie J, Dorn J, Trevisan M, Shields PG, Ambrosone CB, Edge SB, Li HF, Kasprzak C, Freudenheim JL., posted in PubMed (http://www.ncbi.nlm.nih.gov/pubmed/20033482), reserachers indicated that our results suggest that higher lignan intakes may be associated with improved survival among postmenopausal women with breast cancer.

5. Free radicals
As a component of manganese super oxide dismutase enzyme, manganese is a powerful antioxidant that enhances the immune function in destroying the free radicals as a result of cells oxidation, according to the study of "The role of manganese superoxide dismutase in inflammation defense" by Li C, Zhou HM., posted in PubMed (http://www.ncbi.nlm.nih.gov/pubmed/21977313), researchers filed the conclusion in Abstract that Treatment of a rat model of lung pleurisy with the MnSOD mimetic MnTBAP suppressed the inflammatory response in a dose-dependent manner.

Side effects
1. Gluten
Gluten in rye grain can cause gluten sensitivity to some people.
2. Etc.