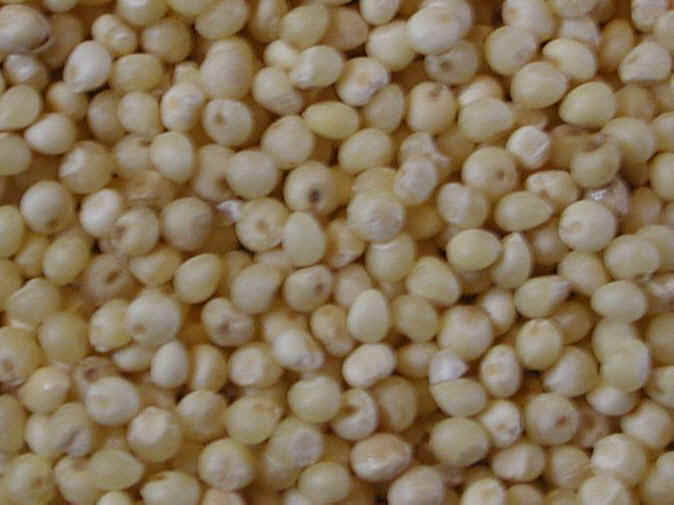 Millet
Millet is one of the oldest foods known to humans and a group of small-seeded species of grains, genus of Echinochloa and family Poaceae and widely grown around the world for food. It has been cultivated in Africa and India as a staple food for thousands of years.

Health benefits
A. Health Benefits according to studies
1. Breast cancer
In the evaluation of organic extracts on seedling growth of Amaranthus leucocarpus and Echinochloa crus-galli and their effects in cancers found that there is a significant cytotoxic activity against cultured P-388 and human breast cancer cells (ED50 2.2 micrograms/ml), according to the study of "Tricolorin A, major phytogrowth inhibitor from Ipomoea tricolor" by Pereda-Miranda R, Mata R, Anaya AL, Wickramaratne DB, Pezzuto JM, Kinghorn AD.(a)


3. Anti radical properties
In the examination of phenolic extracts of kodo and pearl millet whole grains, dehulled grains, and hulls and its antioxidant properties found that Antioxidant activities of phenolic extracts were in the order hull > whole grain > dehulled grain. Dehulling reduced the antioxidant potential of whole millet grains. Ferulic and p-coumaric acids were the major hydroxycinnamic acids, and their contents ranged from 17.8 to 1685 μg/g defatted meal and from 3.5 to 680 μg/g defatted meal, respectively, according to the study of "Bioactivities and antiradical properties of millet grains and hulls" by Chandrasekara A, Shahidi F.(c)


B. Health Benefits according to the concentration
1. Manganese
It is one of important trace in preventing osteoporosis, according to the study of "[Study of estrogen deficiency impact on manganese levels in teeth and mandible of rats after ovariectomy]. [Article in Polish]" by Rahnama M, Błoniarz J, Zareba S, Swiatkowski W.(1)and regulating blood sugar level, according to the study of "[An inadequate intake of manganese may favour insulin resistance in girls]. [Article in Spanish]" by Rodríguez-Rodríguez E, Bermejo LM, López-Sobaler AM, Ortega RM.(2)


2. Tryptophan
Tryptophan is one of the 10 essential amino acids which the body uses to synthesize the proteins for brain cells need, thus enhancing the nerve cells in information transmitting between themselves and cells in the parts of the body that reduces the risk of anxiety and depression, according to the study of "The effects of tryptophan depletion on neural responses to emotional words in remitted depression" by Roiser JP, Levy J, Fromm SJ, Nugent AC, Talagala SL, Hasler G, Henn FA, Sahakian BJ, Drevets WC.(3)


3. Magnesium
Magnesium not only important for bone health, according to the study of "Magnesium, zinc, copper, manganese, and selenium levels in postmenopausal women with osteoporosis. Can magnesium play a key role in osteoporosis?" by Odabasi E, Turan M, Aydin A, Akay C, Kutlu M(4) but also play and important role in protecting against Alzheimer's disease, according to the study of "Altered ionized magnesium levels in mild-to-moderate Alzheimer's disease" by Barbagallo M, Belvedere M, Di Bella G, Dominguez LJ.(5)


C. Other health Benefits
1. Lignan
Lignan is one of phytonutrients helped to occupy the estrogen receptors, thus reducing our body exposures to the bad estrogen produced by the body, that not only helps to regulate the normal menstrual cycle and decreases the risk of breast canceraccording to the study of "Effect of flax seed ingestion on the menstrual cycle" by Phipps WR, Martini MC, Lampe JW, Slavin JL, Kurzer MS, posted in PubMed, researchers concluded that a significant specific role for lignans in the relationship between diet and sex steroid action, and possibly between diet and the risk of breast and other hormonally dependent cancers, and "Spirocyclic lignans from Guaiacum (Zygophyllaceae) induce apoptosis in human breast cancer cell lines" by Chavez KJ, Feng X, Flanders JA, Rodriguez E, Schroeder FC.


3. Asthma
Beside it is important in maintaining the ratio of calcium for bone healthy, magnesium also improves the lung function in absorbing of oxygen by preventing the bronchial passages from going into spasm and promoting muscle relaxation after contraction, according to the study of' Serum micronutrient concentrations and childhood asthma: the PIAMA birth cohort study" by van Oeffelen AA, Bekkers MB, Smit HA, Kerkhof M, Koppelman GH, Haveman-Nies A, van der A DL, Jansen EH, Wijga AH., posted in PubMed, researchers concluded that our study contributes to the evidence that children with higher serum magnesium concentrations are less likely to have asthma. The associations between serum vitamin D concentrations and asthma were age-dependent.


4. Constipation and diabetes
Since millet contains high amount of fibers, it not only promotes the digestive track in expelling stool, according to the study of "A controlled, randomized, double-blind trial to evaluate the effect of a supplement of cocoa husk that is rich in dietary fiber on colonic transit in constipated pediatric patients" by Castillejo G, Bulló M, Anguera A, Escribano J, Salas-Salvadó J., but also slows the release of the glucose into the blood stream, thus reducing the stress of pancreas in production of insulin, thus decreasing the risk of type II diabetes, according to the study of "Influence of dietary fibre intake on diabetes and diabetic retinopathy: Sankara Nethralaya Diabetic Retinopathy Epidemiology and Molecular Genetic Study (SN-DREAM, report 26)" by Ganesan S, Raman R, Kulothungan V, Sharma T., posted in PubMed, researchers found that The presence of diabetic retinopathy, sight-threatening diabetic retinopathy and microalbuminuria were also associated with lower dietary fibre intake.


5. Bone and kidney
Beside it is essential in bone formation, according to the study of "Phosphorus nutrition and the treatment of osteoporosis" by Heaney RP., phosphorus also enhances the kidneys in performing its function of ensuring proper release of wastes by the process of excretion, according to the study of "Vitamin D metabolism in the kidney: Regulation by phosphorus and fibroblast growth factor 23" by Perwad F, Portale AA., posted in PubMed.


Sides effectsMillet is not a commonly allergenic food and not known to contain measurable amounts of oxalates or purines.