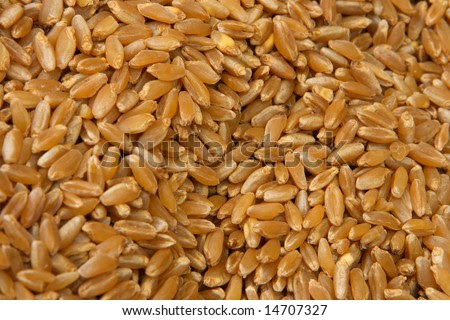 Brown rice
Brown rice or unpolished rice is a kind of whole, natural grain with very brown color of which only the outermost layer of the rice kernel are removed, thus preventing the lost of nutrients

Health benefits
A. Health benefits according to studies
1. Diabetes
In the investigation of brown rice and white rice and theirs effect in diabetes found that Substitution of whole grains, including brown rice, for white rice may lower risk of type 2 diabetes. These data support the recommendation that most carbohydrate intake should come from whole grains rather than refined grains to help prevent type 2 diabetes, according to "White rice, brown rice, and risk of type 2 diabetes in US men and women" by Sun Q, Spiegelman D, van Dam RM, Holmes MD, Malik VS, Willett WC, Hu FB.(a)

B. Health benefits according to concentration
1. Manganese
It is one of important trace in preventing osteoporosis, according to the study of "[Study of estrogen deficiency impact on manganese levels in teeth and mandible of rats after ovariectomy]. [Article in Polish]" by Rahnama M, Błoniarz J, Zareba S, Swiatkowski W.(1)and regulating blood sugar level, according to the study of "[An inadequate intake of manganese may favour insulin resistance in girls]. [Article in Spanish]" by Rodríguez-Rodríguez E, Bermejo LM, López-Sobaler AM, Ortega RM.(I)

2. Selenium
Oat contains trace minerals selenium which is essential for the healthy function of the thyroid and immune system as it increases the antioxidant defense system by fighting against the forming of free radicals and reduce the risk of irregular cells growth causes of tumor and cancer, according to the study of "Selenium in the immune system" by Arthur JR, McKenzie RC, Beckett GJ., posted in PubMed (http://www.ncbi.nlm.nih.gov/pubmed/12730442)

3. Magnessium
Magnesium not only important for bone health, according to the study of "Magnesium, zinc, copper, manganese, and selenium levels in postmenopausal women with osteoporosis. Can magnesium play a key role in osteoporosis?" by Odabasi E, Turan M, Aydin A, Akay C, Kutlu M(II) but also play and important role in protecting against Alzheimer's disease, according to the study of "Altered ionized magnesium levels in mild-to-moderate Alzheimer's disease" by Barbagallo M, Belvedere M, Di Bella G, Dominguez LJ.(II)

4. Tryptophan
Tryptophan is one of the 10 essential amino acids which the body uses to synthesize the proteins for brain cells need, thus enhancing the nerve cells in information transmitting between themselves and cells in the parts of the body that reduces the risk of anxiety and depression, according to the study of "The effects of tryptophan depletion on neural responses to emotional words in remitted depression" by Roiser JP, Levy J, Fromm SJ, Nugent AC, Talagala SL, Hasler G, Henn FA, Sahakian BJ, Drevets WC.(III)

C. Other health benefits
1. Diabetes
Since it is a complex carbohydrate and contained high amount of fiber, it helps to release the glucose into blood stream slowly, thus decreasing the risk of insulin sensitive and type 2 diabetes, according to the study of "Efficacy of high-fiber diets in the management of type 2 diabetes mellitus" by Wolfram T, Ismail-Beigi F., posted in PubMed(1)

2. Antioxidants
Beside containing high levels of magnesium which is necessary for the synthesis of fatty acids to produce energy for our body needs, it also is one of the important component of antioxidant enzyme of which increases the body in fighting against the forming of free radical, according to the study of "Analysis of antioxidant enzyme activity and magnesium level in chronic obstructive pulmonary disease (COPD)" by Kurys E, Kurys P, Kuźniar A, Kieszko R., posted in PubMed(2)

3. Calcium
It also contains a variety of important nutrients, including calcium for the hair, teeth, nails, muscles and bones, according to the article of "Minerals" posted in VeganPeace(3)

4. . Heart diseases and strokeLignans have been shown to significantly lower the LDL (bad) cholesterol and triglyceride levels, thus reducing the risk of plaque building up on arterial wall and decreasing the risk of hypertension, leading heart diseases and stroke, according to the study of "Health effects of phytoestrogens" by Branca F, Lorenzetti S., posted in PubMed(4)