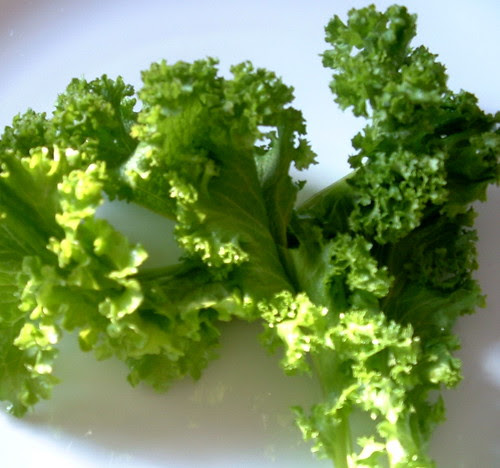 Mustard Green
Mustard Green is a species of mustard plant, genus Brassica and belong to the family Brassicaceae, native to Himalayan region of India. It has seen used in some forms in African, Italian, Indian, Chinese, Japanese, and soul food cuisine because of its popularity.

4. Chronic diseases
In the examination of Collard greens, mustard greens, kale, okra, green onion, butter beans, butter peas, purple hull peas, rutabagas, and eggplant are frequently consumed by African Americans in the southeast United States and theirs effect in chronic diseases found that these indigenous vegetables consumed by African Americans in the southeastern United States are good sources of the phenolic compounds, which might provide anti-oxidative protection against free radicals in the human body. Consumption of these vegetables might reduce the risk of chronic diseases, according to "Total phenolics and antioxidant capacity of indigenous vegetables in the southeast United States: Alabama Collaboration for Cardiovascular Equality Project" by Huang Z, Wang B, Eaves DH, Shikany JM, Pace RD.(d)

B. Health benefits according to concentration1. Vitamin K
Vitamin K not only plays an important role in protecting our skin from aging, it is also needed for the proper clotting of blood, thus decreasing the risk of excessive bleeding, in a study of "Delayed vitamin K deficiency as a cause of bleeding: still a concern in the 21st century!" by Kasatkar P, Shetty S, Ghosh K., posted in PubMed, researchers found that Laboratory tests confirmed acquired bleeding diathesis due to vitamin K deficiency, which was corrected after adequate vitamin K supplementation. VKDB is not an uncommon phenomenon and should be considered in the differential diagnosis of a child with bleeding diathesis.

3. Vitamin C
In the evaluation of pulmonary dysfunction. and it effects on pulmonary dysfunction found that At present, evidence from randomised-controlled trials is insufficient to recommend a specific role for vitamin C in the treatment of asthma. Further methodologically strong and large-scale randomised controlled trials are needed in order to address the question of the effectiveness of vitamin C in children with asthma but some outcome data showed effectiveness on lung function, symptom scores, IgE levels and inhaled steroid use. One small study showed a significant difference in % drop in FEV1 post-exercise, according to the study of "Vitamin C supplementation for asthma" by Kaur B, Rowe BH, Arnold E.(3)

4. Folate
In the investigation of the prevalence and multifactorial etiology of anemia among Indian human immunodeficiency virus (HIV)-infected children and its effect on anemia, found that Anemia, particularly iron deficiency anemia and anemia of inflammation, is highly prevalent among children with HIV infection. Micronutrient supplements (iron and, folate) combined with ART(antiretroviral therapy) improved anemia in HIV-infected children, according to "The prevalence and etiology of anemia among HIV-infected children in India" by Shet A, Arumugam K, Rajagopalan N, Dinakar C, Krishnamurthy S, Mehta S, Shet AS.(4)
5. Manganese
It is one of important trace in preventing osteoporosis, according to the study of "[Study of estrogen deficiency impact on manganese levels in teeth and mandible of rats after ovariectomy]. [Article in Polish]" by Rahnama M, Błoniarz J, Zareba S, Swiatkowski W.(1)and regulating blood sugar level, according to the study of "[An inadequate intake of manganese may favour insulin resistance in girls]. [Article in Spanish]" by Rodríguez-Rodríguez E, Bermejo LM, López-Sobaler AM, Ortega RM.(2)

6. Etc.
C. Other health benefits
1. Pellagra
Mustard green contains high amount of niacin, it is one of the natural vitamin used to cure Pellagra, a vitamin deficiency disease as a result of excessive intake of leucine or the alterations in protein metabolism disorders such as carcinoid syndrome., according to the study of "Low and deficient niacin status and pellagra are endemic in postwar Angola" by Seal AJ, Creeke PI, Dibari F, Cheung E, Kyroussis E, Semedo P, van den Briel T., posted in PubMed (http://www.ncbi.nlm.nih.gov/pubmed/17209199)

2. Toxins
Vitamin C in master green is one of powerful antioxidant and chelator. Beside minimizing the effect of toxin lead, it helps to get mercury out as quickly as possible that reduce the impact of mercury entering the bloodstream, according to the study of "Mercury elimination with oral DMPS, DMSA, vitamin C, and glutathione: an observational clinical review" by Muran PJ., posted in PubMed (http://www.ncbi.nlm.nih.gov/pubmed/16708769)

3. Epithelial tissue
Epithelial tissues covers all body surfaces, including all organs, forms the inner lining of body cavities, and lines hollow organs. Since mustard green contains a measurable amount of vitamin A, it not only protects the epithelial cells against the invasion of bacteria, but heals would faster by inhibiting cell migration and proliferation, according to the study of '[Effect of vitamin A on the adhesive interaction of cells in epithelial tissue].[Article in Russian]' by Chernova TA, Kon' IIa, Bekmuratova II, Melikiants AG, Stepanova LV., posted in PubMed (http://www.ncbi.nlm.nih.gov/pubmed/3433351), researchers found that The data obtained show that vitamin A may serve as a factor modulating intercellular adhesive interactions with tissue specificity.

4. Bronchitis
Mustard green reduces the risk of bronchitis by enhancing the immune system in fighting against inflammation of the lining of your bronchial tubes and the risk of broncho constriction (vitamin C), according to the subsection "Vitamin C May Ease Wheezing" of article of "Asthma" posted in library.mothernature.com

5. Iron deficiency Anemia
Iron in master green promotes the formation of hemoglobin that helps to carry oxygen and to the body blood cells, thus reducing the risk of anemia cause of symptoms of a feeling of weakness, or fatigue, general malaise and sometimes poor concentration.

Side effect
1. Phytates
Phytates can interfere the absorption of several nutrients.
2. Anticoagulation
Since it contain a measurable amount of vitamin, it cause problem for people taking blood thinner medicine.
3. Oxalates
Oxalation can cause problem for people with untreated kidney and gallbladder diseases if it is eaten in excessive amount.
4. Etc.